The Republic of Moldova is a small country, so are its annual exports. In 2017, the annual Moldovan exports amounted $2.42 billion, according to the National Statistical Bureau (NBS). Of course, that is a drop in the ocean when compared to Germany, for example, that registered an amount of $1450.21 billion for the same period. However, it means a lot for a tiny country situated at the edge of Europe, with a weakened economy as a consequence of the dissolution of the Soviet Union. So, what is so special about the Moldovan exports besides the wine and the exported professional human capital? What are the Moldovan products that have the potential to increase the Moldovan exports and make Moldova sound more familiar on the global market?

First of all, it should be mentioned that Moldova is merely specialised in agri-food products. Therefore, this is one of the directions with a great potential for the Moldovan exports as long as the local producers abide by the international production standards. There were about 70 certified Eco producers in Moldova, according to the data from 2016, of which 30 are oriented to the local market and 40 to the export. 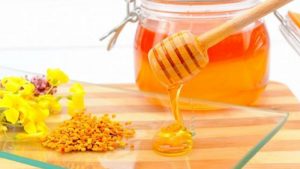 Honey never was an export product until the signing of the Free Trade Agreement with the European Union. However, things have changes since the liberalization of trade with the EU and the US Government’s support for Moldovan beekeepers. In recent years, exports have increased from half a million dollars at the beginning, to 14 million dollars annually. Romania, Italy and France consume two thirds of Moldovan honey designated to exports.

With the support of the US Farming Program, the Organic Honey of the Moldovan beekeepers will start to be certified in the summer of 2019, which means a potential of doubling the exports over the next 2-3 years. 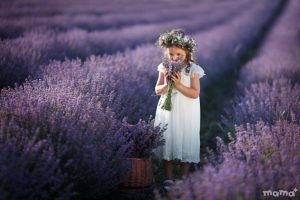 I bet you didn’t know that the lavender essential oil manufactured in Moldova is one of the most appreciated lavender oils in the world, besides the Bulgarian, French, Chinese and South African one. The climatic conditions, fertile soil and the available manual labour force are the main factors that contribute to a successful product. For producing the organic oil, hundreds of people are involved in the care and harvesting process of the plants. All the work is done manually, as the use of automated systems reduces the quality of the oil.

According to the National Bureau of Statistics, in 2014, 569 hectares of lavender were planted in the Republic of Moldova. The farmers and entrepreneurs also cultivate sage, fennel, roses, mint, etc. France, Germany, Belgium and Luxembourg are just some of the countries where the Moldovan lavender essential oil is exported to. 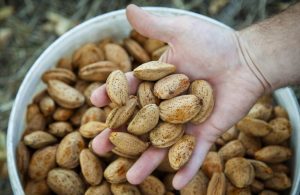 Almonds cultivation is not a very popular activity in the Republic of Moldova, as it originates from the Mediterranean area. However, the Moldovan farmers started to be more and more interested in producing almonds and exporting them to Europe and Asia.

The family Golban is one of those families that decided to start an activity related to almond cultivation. They planted their almond orchard in 2006. “The almonds harvested in 2014 were sold to some intermediaries who exported them. We had to accept a small price, because we did not have a warehouse where we would have kept them. This year, as we received financial help through a state grant, we managed to build a warehouse. Now that we have where to keep them, we can sell almonds at a better price,” said Tamara, a Golban family member. The family farm already obtained the Eco certification. Every year the farm produces 5-6 tones of the product that is sold internally and is exported as well. Besides the almond seeds, almond flour and oil are also produced. From the almond bark briquettes are obtained, used by the family to heat the household. 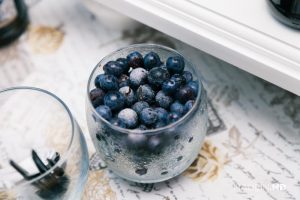 Blueberry, goji, strawberry, raspberry, gooseberry, currant – these berries along with other kinds are already gardened in the Republic of Moldova.

There is even a public association called “Pomuşoarele Moldovei”, which would be translated as “The Berries of Moldova”, launched in 2012 at the initiative of some producers. It aims to promote and develop the tradition of production of berries in Moldova, and to stimulate their consumption as an ecological product with beneficial effects. The Association intends to achieve these goals by promoting advanced technologies, by providing assistance in business development, public policy, marketing and cooperation. Nowadays, it encompasses 1200 farmers from Moldova that own 2700 hectares of plantations in 10 different regions.

The berries are sold fresh or frozen. Also, jams, syrups, pasta and sweets are obtained from them. “Today, more and more international projects are ready to offer their financial support and conciliation for the Moldovan berry producers,” declared Anatolie Paladi, the executive director of Advisory Center Business. 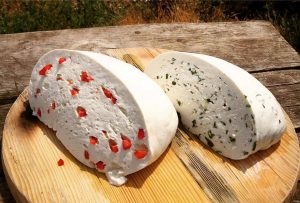 Just like in the case of wine making, almost every household in Moldova produces traditional, home-made cheese. Moldovan people love cheese, called here “brânză” or “caș”. In the last year, more and more cheese producers appeared on the market. Some of them manage to export their products.

There are farmers that produce cheese after the original recipe of Gouda, Tomme, Crottin, Mozzarella, Cheddar, etc. The technologies are foreign, the ingredients are local. In such a way, a tasty, qualitative, certified and relatively cheap cheese can be obtained.

Moreover, a unique kind of cheese is produced in Moldova as well – “Brânza de Popeasca”, a product that is protected by the European Commission. It is one of the few authentic products from Moldova that were qualified as products with a protected designation of origin. Once it obtained such a labelling, it can no longer be manufactured according to the same recipe and the same name anywhere in the world. “Brânza de Popeasca” is a cheese with different additions like dill, parsley, olives, and other kinds of cheese.

Still, the biggest problem of the domestic cheesemakers in Moldova remains the market. Large retailers have conditions that farmers can’t meet, and the state has no policies to promote local producers.

Generally, the Moldovan exports depend very much on the regional market ‘mood’ and the decisions of the political leaders from the closest partner countries. For example, the Moldovan wine producers, including those from the Transnistrian region, were recently overwhelmed by a decision taken by the Russian authorities to impose trade restrictions on Ukraine. Consequently, products that have to transit Ukraine were also affected. Some of the exporters from Moldova already targeted the Korean, Chinese, Japanese, EU and American markets as an alternative for the CIS states, inspiring other exporters to do the same thing.